Why Are Self Balancing Scooters So Popular? is the recent rise of two-wheel balancing scooters a preserve of the rich or just a Christmas crossover? Maybe not. Despite the recent announcement that ride of hoverboards is illegal, riders seem not deterred or moved. Statistics show that in the recent future, it might be a must-have gadget for everyone. Ideally, hoverboards are crazily sweeping across various parts of the world. Most retailers now stock these two-wheeled gadgets, and soon you might fall in love with one.

Initially, hoverboards seemed to be a joke but nowadays it is pretty common in most parks, shopping malls, and even around cities. In fact, self-balancing scooter sales might skyrocket as the Christmas vacation draws near. Hoverboards come in different types for you to choose from. On-wheel hoverboards that come with a motorized wheel in the middle seem mysterious but all the same, it requires your courage to ride. Will you believe it if I tell you this stuff is quite safe?

Why Are Self Balancing Scooters So Popular? 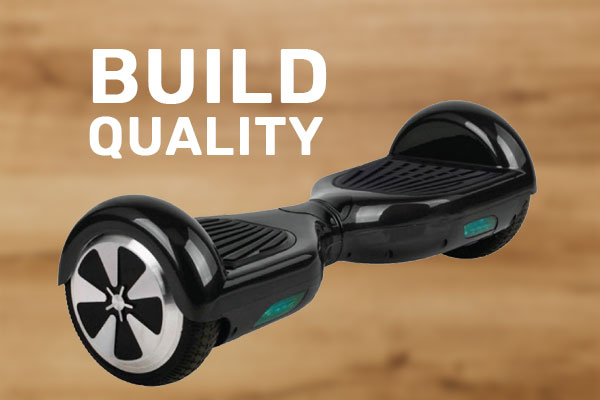 This is a question that is open for a huge debate. The popularity of these two-wheeled riding scooters has increased because of celebrity exposure. Recently, Wiz Khalifa was seen Segwaying onto the stage in August. Other claims show that Harry Styles took a ride while naked. Additionally, Karry Perry was also captured on camera a few weeks ago was seen with one during the Burning Man festival.

You won’t also forget the incident when Usain Bolt, the world’s fastest man was knocked down after winning the World Athletic Championships. It is true; someone plowed into his legs knocking him down. The man used a self-balancing scooter.

Most of the brands come with Bluetooth speakers and LED lights and GPS. It makes the whole experience fun. Listening to your favorite music while riding makes it thrilling and entertaining. This is why most find it addictive and can’t get them off their feet.

Hoverboards are fun to ride. Having to control it by adjusting the movements of your body means total pleasure. Hoverboards detect it when you lean in a certain direction and, therefore, the motor will spin the wheel towards that direction. It is pretty fun, and the wheels seem to understand and know where you want to go when you want to stop or negotiate a corner. Some use hoverboards for personal transportation, but a majority of them find them the best way to spend their lonely weekends and holidays.

Hoverboards are highly portable. You can take them everywhere you go. Most of them come with their carrying bags making transportation a breeze. They have been designed in a manner that they lack handlebars. Even office workers now own one under their desks. They are convenient and compact, and you can take it home and come back with them the next day.

Being seen with one today, tomorrow and the days to come creates some influences others to look for one. This is one factor that has contributed to the rise of hoverboards in most parts of the world. Again, hoverboards are very simple to learn and ride.

You do not have to take the whole day learning, stumbling, or injuring yourself around to ride one. A five-minute trial is enough for you to cruise at high speeds just like some of our celebrities. The ability to use it anywhere you go has also sparked its popularity.

Hoverboards vary greatly in price. In fact, they start from $250 to $1200. Affordability has made these hoverboards a buzzword in the recent past. Nearly everyone can now afford one and in the near future, everyone will own one in their bags. They differ in quality, sizes, and features included in it.

Hoverboards are showing off on social media. On Instagram, nearly 100,000 tagged posts on hoverboards and approximately 200,000 Segway tags. Seeing a post of a friend dancing with a hoverboard on Instagram has driven most individual mad at it, and this is why most of them are flooding the market looking for one. Hoverboards are now offered for sale in most online stores. Getting one is pretty simple as you just need to place an order.

We read about a man 26 years ago who had a dream of flying. He had seen Back to The Future Part II’s movie, and he was figuring out a way on how to copy this movie into a reality. The attraction to fly and belief that hoverboards are real has forced most people to want a test of it. Inventors have taken their time to design this magical stuff propelled by magnetic power.

In fact, right now, most inventors have resorted to creating the most powerful hoverboard in the world called the Hendo. The project started in 2012 and was founded by the Californian people. This brand functions in the same manner as the Back to The Future board that we yearn for. This has therefore led to more and more enthusiasm on the part of most people as they now want to experience the reality of the movie ‘Back to the Future.

The world is turning viral with hoverboards, and this is why it is now a buzzword, a holiday trend and a must-have gadget you can boast around with. It is totally fun to use and ride around, and everyone wants to own one. Celebrities are never left behind. Brooklyn Beckham, Justin Bieber, Wiz Khalifa among others have been spotted around with some.

Most of us have been influenced by these celebrities to try one. The world is now riding on hoverboards! Though they are termed as illegal, most of us still rise to be seen riding one at the city sidewalks and NBA locker rooms. They seem to have a little stigma attached to them. They are cool and a fantastic way to have a busy vacation.